A ULEZ or Ultra Low Emissions Zone has the specific purpose of improving the air quality within a city. By encouraging the use of hybrids, electric vehicles and other fuel-friendly alternatives, improvements in air quality within city centres, can be achieved in combination with discouraging the most polluting vehicles through charging to enter those zones. The UK currently has one Ultra Low Emissions Zone which covers the most central part of London where traffic is at its heaviest (Westminster and the City). From 25 October 2021, London’s ULEZ is to expand to create a larger zone covering from the A406 North Circular Road to the A205 South Circular Road.

What are the ULEZ charges?

The restrictions for the Ultra Low Emissions Zone are stricter than in surrounding low emission zones and apply to:

Non-compliant vehicles will have to pay £12.50 per day to enter the ULEZ. This charge is in addition to the congestion charge (currently £11.50 per day), and you’ll face a £160 fine per day for non-payment.

Buses, coaches and lorries will pay £100 per day if they don’t meet Euro 6 Standards.

What cars are exempt from ULEZ?

ULEZ charge exemptions include petrol cars with engines that are compliant with ‘Euro 4’ emissions standards introduced in January 2006.

For drivers of diesel-powered cars, an exemption for the Ultra Low Emissions Zone charge is a little more restrictive where only diesel engines that comply with the ‘Euro 6’ emissions rules, established in September 2015, being exempt. Diesel cars that are older than that may be subject to the ULEZ charge, but if they were complying with these emissions standards before the rules were enforced, some older diesel cars might escape the cost.

The simplest way to check if your vehicle will be subject to the ULEZ charge is to use TFL’s Checker.

What is a Clean air zone?

The Clean Air Zone or CAZ is a 2015 government initiative to improve air quality within cities and forms part of the government’s broader Air Quality Plan which aims to address sources of pollution and improve air quality. At regional levels, local authorities will formulate clean air zones within cities to improve the quality of air by taking the most effective steps to reduce air pollution. There are two types of Clean Air Zone:

Charging Zone – Vehicles that fail to meet the required European environmental standards will be required to pay a fee to enter the Clean Air Zone. Euro 4, Euro 5 and Euro 6 are the European emissions standards.

Non-charging Clean Air Zone – These focus on improving air quality without charging vehicles to enter the zone. Effective measures include traffic flow management to reduce emissions where the evidence supports this; retrofitting certain vehicles; re-routing traffic or other local solutions.

What are the European emissions standards?

The benefits of this standard see a significant reduction in the allowable limits for nitrogen oxides and particulates in diesel engines. Car manufacturers fitted some Euro 4 standard diesel-engined cars with diesel particulate filters (DPFs) that trap 99% of particulates.

This newer emissions standard signalled the introduction of diesel particulate filters for all diesel cars alongside a particulates limit for direct-injection petrol engines. Euro 5 also introduced a limit on the number of particles a diesel engine emitted for cars registered from 1 January 2013.

The latest emissions standard introduced a 67% reduction (since Euro 5) in the allowable levels of nitrogen oxides in diesel cars. It also implemented a limit on the amount of particles petrol engines emitted.

To meet these strict diesel limits, car manufacturers use two methods. The first is selective catalytic reduction involving a liquid that converts nitrogen oxide into water. The second method is an exhaust gas recirculation system (EGR) is fitted so that some of the exhaust gas is replaced with intake air to reduce the amount of nitrogen that can be turned into nitrogen oxides.

What cities are currently in a Clean Air Zone?

London has its own Ultra Low Emission Zone (ULEZ) which effectively means they’re excluded from Clean Air Zone legislation. There are currently four cities which have low emission zones, including:

There are three cities in preparation for the government’s Clean Air Zones due to launch in 2021:

Bath – Launch of their Clean Air Zone is expected on 15 March 2021, but it’s not likely to charge private vehicles to drive through the city centre. Instead, the council will charge the more polluting buses, taxis and heavy goods vehicles.

Birmingham – 1 June 2021 is the expected launch date for the Birmingham CAZ. At present, it’s expected the council will charge more polluting cars £8 per day and HGVs £50 a day to drive through roads within the A4540 Middleway Ring Road (not including the Middleway itself).

Bristol – Plans are in the preparation stage only with no launch date confirmed. Bristol City Council is currently considering two options for a Clean Air Zone within the City:

Option 1 – to cover a small area of central Bristol and to charge more polluting commercial and private vehicles to drive in the zone.

Option 2 – to include Option 1 and a larger charging zone for more polluting commercial vehicles only.

Other cities are expected to follow with individual local authorities creating non-charging and chargeable Clean Air Zones. Those charges are likely to vary depending on the type of vehicle you own, whether it complies with the Euro emissions standards, and the vehicle’s purpose. For example, councils may charge taxis differently.

How can I check if my car is ULEZ compliant?

To check your vehicle is ULEZ compliant, just go to TFL Checker.

How can I check if my car is Clean Air compliant? 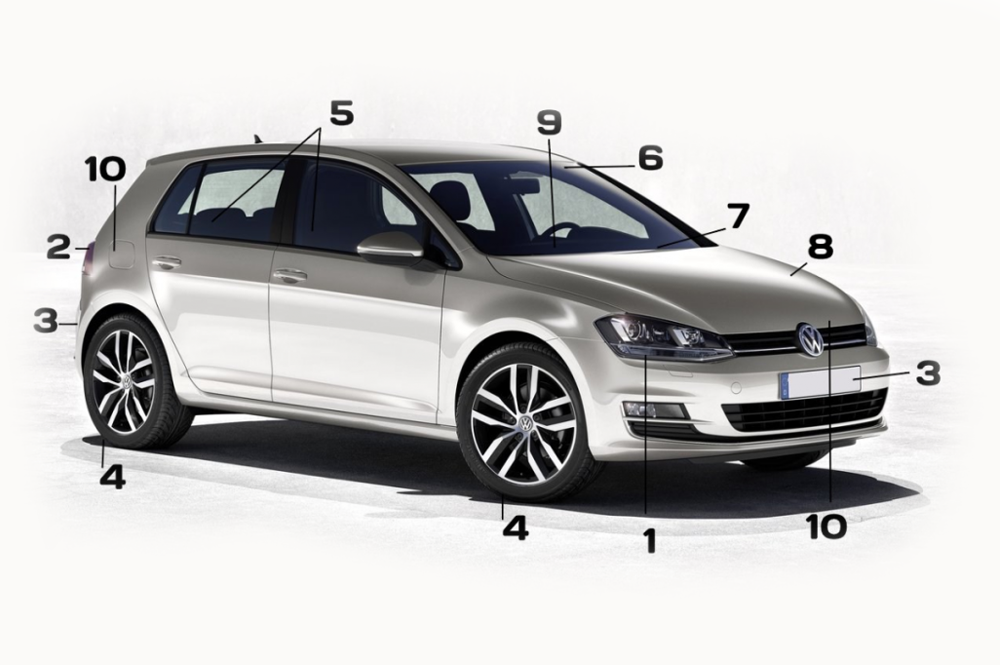